For me, concept albums often involve something pretty experimental with the instruments that are used, the story, the vocals and often away from the norm of the artists, and I’m not just talking about “The Wall”. Sometimes it can take us through stories of love war and tragedy from birth through to death (See S.F Sorrow by Pretty Things) or the original rock opera that is “Tommy” right through to something much more of a political statement such as the apparent “American Idiot”.

The concept is a tricky thing for artists to get across to not-so-die-hard fans and is usually a sign that an artist just wants some artistic license to not play the songs they are bored of. The concept often happens after many a year when the shackles are off a bit and the major label’s contract is up. It takes a brave artist to give it a crack.

Maeve Florsheim and Jasper Exley started Lucky Iris after being regulars on the Leeds music scene with Everyday People but what better way than to introduce your new band to the world than a concept EP.  No need for years of albums and gigging, drip feeding with previews and singles, just straight in with a bang and nothing to lose with their debut concept EP “Turns Out We Should Have Stayed At Home”. 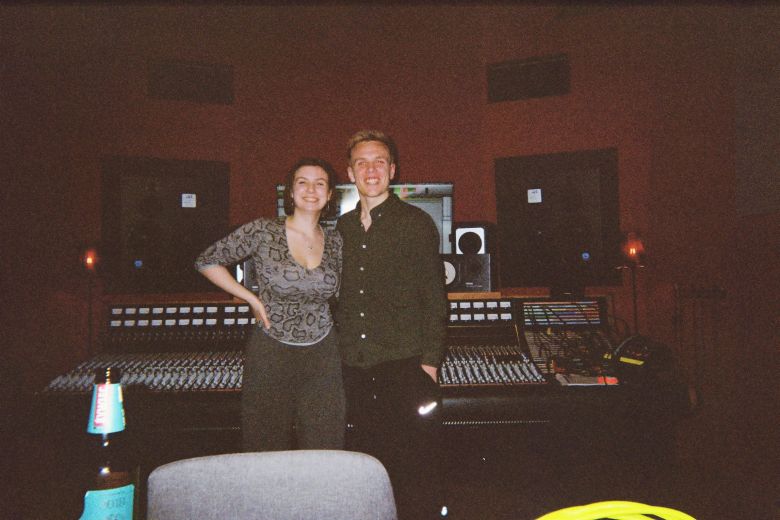 Lucky Iris have managed to uncomplicate the whole “concept” idea, no elaborate far-fetched stories, no instruments from a fake Maharishi given their first outing, just a stripped back to four tracks EP about a regular night out. Four stunningly different tunes from the anticipation of said night out to the lonesome end.

Kicking off the night out and the EP is “Get Ready With Me”, an upbeat slice of electro-pop that will have you downing the pre-drinks quicker than a bottomless brunch, certainly one to get you in the mood.

“Take 5” is next up and it’s a chilled out ode to the heartbreak of what might be to come and that feeling that maybe you should have just stayed at home.  “Take 5” is the moment you realise that this isn’t just another electro-pop band, not only are Maeve’s vocals effortlessly cool but it’s clear that as songwriters Maeve and Jasper have the ability to reach the heartstrings in a beat.

The last hope that the night is not lost is “Glitter Vision”.  It’s the last hope of having a good time, forgetting everything that went before and just getting involved, having a dance, fuck everyone else, get lost in the music and let it take you.  Yes, it’s electro-pop but there is more to this track, it’s a small remix away from being a favourite on the Ibiza underground and it may just be the stand out track for me.

Darkly beautiful songwriting with more gorgeous vocals ends the night and EP with the cold reflection of “I Fell Backwards” allowing us to echo the night’s connotations with a grim beauty and proof that maybe we shouldn’t have gone out and maybe, just maybe we should have stayed in and just got lost listening to Lucky Iris.

The whole EP has totally changed my perception of a concept collection and made me realise that although elaborate concepts have their place, this is proof that it doesn’t need to be overthought and true beauty will always come from simplicity.